First Ship With Ukraine Grain Cleared To Sail On To Lebanon 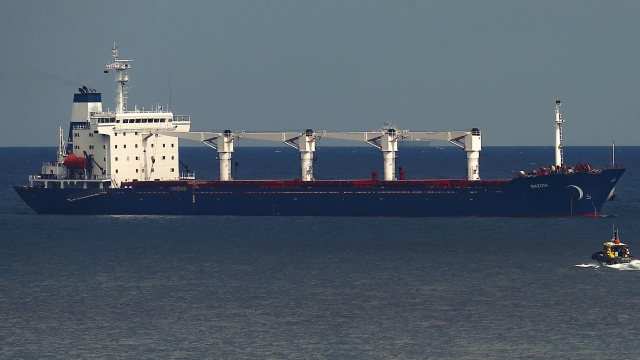 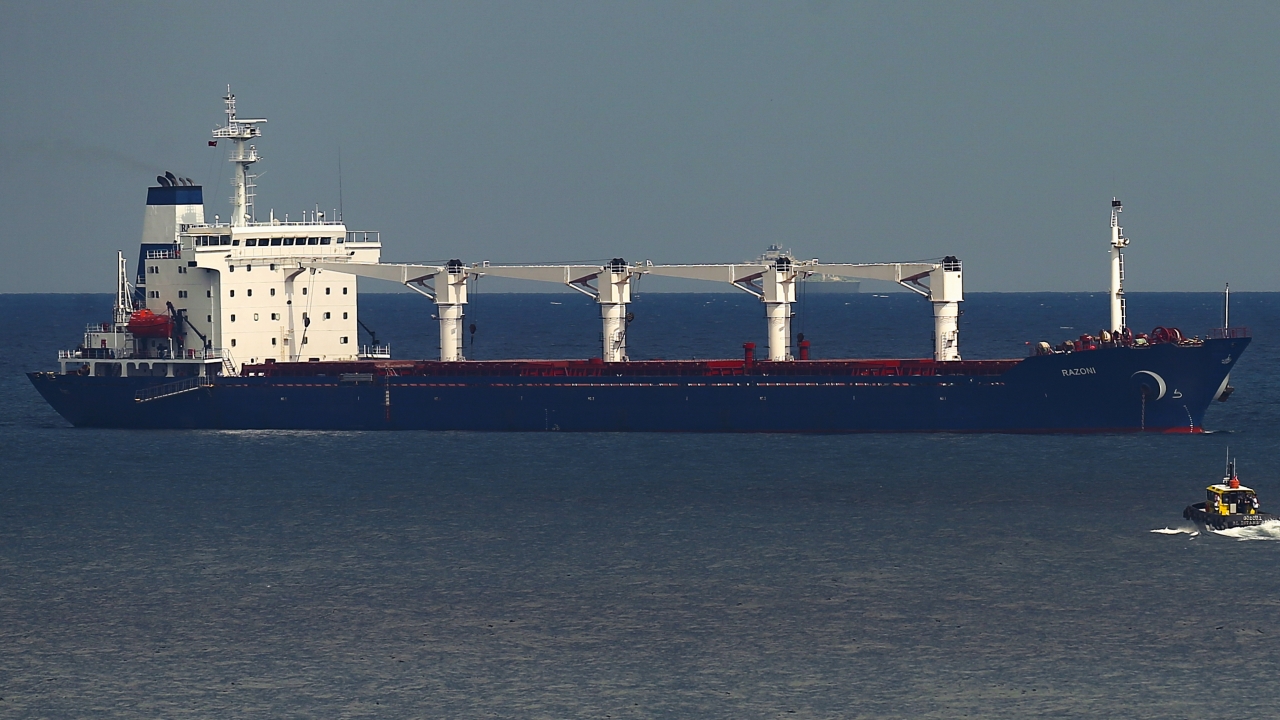 The first grain ship to depart Ukraine under a wartime deal entered the Bosporus Strait on the way to Lebanon after its cargo was checked and approved Wednesday, Turkish and Ukrainian authorities said.

An inspection team spent about 90 minutes conducting checks aboard the Sierra Leone-flagged Razoni, which was carrying Ukrainian corn and anchored off Istanbul, Turkey's defense ministry said. 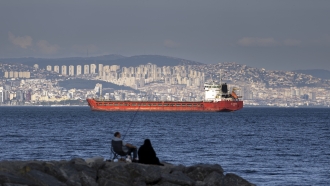 The team included officials from Ukraine, Russia, Turkey and the United Nations, the parties to the agreement struck last month to create safe shipping corridors for exporting Ukraine's agricultural products as Russia's invasion of its neighbor continues.

Pictures tweeted by the Turkish Ministry of National Defense showed an inspector reaching into the Razoni's open hold and touching the grain. The Razoni’s horn rang out as the inspectors left the ship. The detailed mechanics of the inspection were not explained.

The Razoni, which the United Nations says is carrying 26,527 tons of corn, set sail Monday from Odesa on Ukraine’s Black Sea coast. From Istanbul, it is on a voyage to cross the Bosporus Strait, a 19-mile scenic waterway connecting the Black Sea to the Sea of Marmara, before sailing on to Lebanon, its final destination.

The inspectors, some wearing white helmets, headed out to the Razoni in two boats, escorted by the Turkish coast guard. Turkish media said there were about 20 inspectors.

The checks are intended to ensure that outbound cargo vessels are bearing only grain, fertilizer or related food items and not any other commodities, and that inbound ships are not carrying weapons.

Ukraine’s Ministry of Infrastructure confirmed the Razoni had passed the inspection. It said 17 other vessels “are loaded and are awaiting permission to leave” Ukrainian ports.

Some 27 vessels have been waiting in three Ukrainian ports with cargo and signed contracts, ready to go, according to U.N. spokesman Stephane Dujarric.

There was no word about then those ships might set sail, although more are expected to depart Ukraine in the coming days. Russia and Ukraine signed separate agreements with Turkey and the United Nations on July 22 to end a wartime standoff that threatened food security around the globe.

However, the ongoing war and mistrust between Kyiv and Moscow have threatened to derail the deal, which is due to expire after 120 days.

An estimated 20 million tons of grain have been stuck in Ukraine since the start of the 6-month-old war. The U.N.-brokered agreement provided for the establishment of safe corridors through the mined waters outside Ukraine’s ports.

Most of the grain stuck in Ukraine is to feed livestock, according to David Laborde, an expert at the International Food Policy Research Institute in Washington. Only 6 million tons is wheat, and just half of that is for human consumption, Laborde said. He said the Razoni is loaded with chicken feed.

Ukrainian President Volodymyr Zelenskyy says the resumption of grain exports would reduce Russia's ability to extract concessions from the West. “They are losing one of the opportunities to terrorize the world,” he said in his nightly video address late Tuesday.