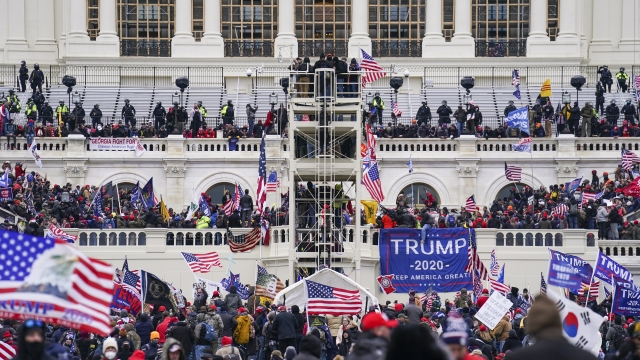 An Indiana woman is the first defendant to be sentenced in the Jan. 6 insurrection at the U.S. Capitol.

Anna Morgan-Lloyd pleaded guilty to a misdemeanor and admitted to unlawfully entering the Capitol.

The 49-year-old will have to serve 3 years of probation, do 120 hours of community service and pay $500 in restitution.

Morgan-Lloyd apologized, saying that she's "ashamed that it became a savage display of violence that day."

Plus, 55-year-old Graydon Young, who is a member of the Oath Keepers extremist group, pleaded guilty in a conspiracy case. He agreed to cooperate with prosecutors in a major step forward for the massive investigation.