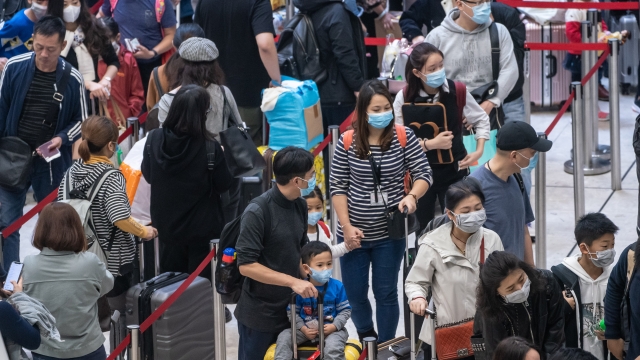 As of Sunday, the number of confirmed cases on China's mainland surpass 14,000.

The first person outside of China has died from coronavirus as the death toll surpasses 300.

The Philippine Department of Health said in a statement Sunday a man from Wuhan, China, died on Saturday. The department said he got to the Philippines on Jan. 21 and was admitted to the hospital just a few days later. While he was there, the department said the man developed severe pneumonia and his condition "deteriorated" in his last day.

Nearly 30 countries, including the United States, have seen confirmed cases of the virus and have imposed travel restrictions for people who have gone to China recently.

Chinese officials said Sunday the number of confirmed coronavirus cases has climbed to over 14,000, and it's spread to all of China's territories and provinces.

The World Health Organization declared a public health emergency of international concern Thursday because of the number of cases in other countries.

China's government has been working to contain the outbreak. The country built a new hospital for coronavirus patients in 10 days and extended its Lunar New Year to Feb. 2.