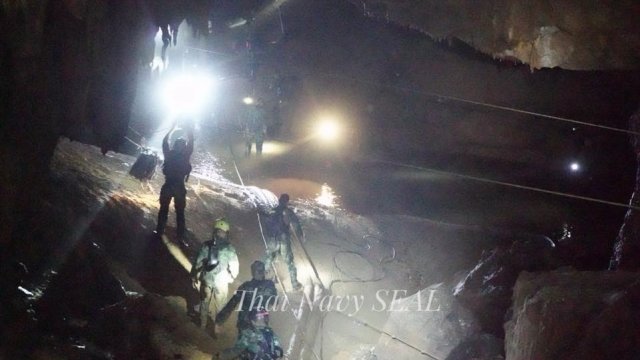 Eight of the boys who have been stuck in a Thai cave for more than two weeks have been rescued. That's according to the Thai Navy SEALs.

The boys have been taken to nearby medical facilities for further treatment. CNN reports that the rescue operations are done for the day.

The Thai government said the first round of the rescue operation began Sunday morning, calling it "D Day." The second round started Monday morning after the rescue team rested and refilled supplies.

The official in charge of the rescue mission told reporters that the cave's conditions on Monday were the same as they were on Sunday. Water levels in some parts of the cave are reportedly at the lowest levels in 10 days. But there is concern that heavy rain in the forecast could cause even more flooding in the cave's passages.

Four boys and their coach are still stuck in the cave. Thai officials previously said rescuing the group could take days.