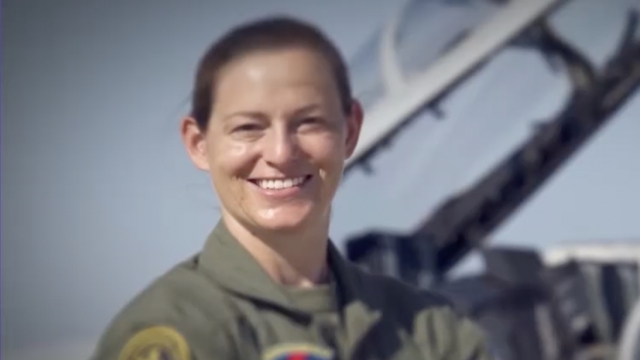 NASA and SpaceX sent Nicole Mann to the International Space Station as part of the Crew-5 mission.

Aboard the Dragon capsule, mission commander Nicole Mann has gone where no other indigenous woman has gone before.

"I am very proud to represent Native Americans and my heritage. You know, it's interesting. We're all from very unique, different backgrounds," said Mann.

Mann, born in California and a member of the Wailacki of the Round Valley Indian tribes, is a Stanford-trained mechanical engineer and Marine F-18 fighter pilot. This is her first trip to space, almost a decade after being chosen to join NASA's astronaut class in 2013.

"I'm thrilled to be joining the NASA team and looking forward to the next two years of training," said Mann.

Despite tensions between the U.S. and Russian President Vladimir Putin over the invasion of Ukraine, in space the countries are still cooperating. A Russian cosmonaut was aboard a SpaceX capsule for the first time ever.

The crew of four will spend the next five months conducting hundreds of experiments aboard the International Space Station.