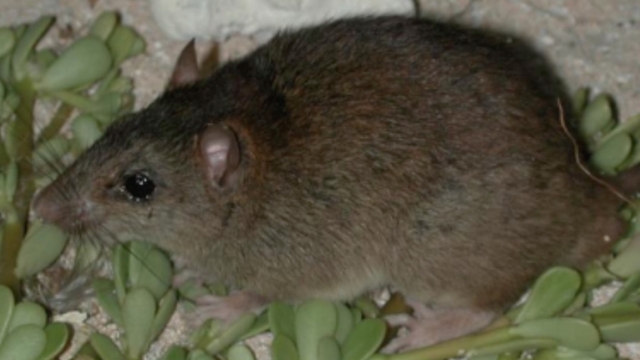 SMS
First Mammal Confirmed Extinct Due To Climate Change
By LeeAnne Lowry
By LeeAnne Lowry
February 20, 2019
Australia has confirmed the extinction of a rat species. It's the first mammal to be declared extinct due to climate change.
SHOW TRANSCRIPT

For the first time, a mammal has been declared extinct because of climate change.

On Monday, the Australian government confirmed the Bramble Cay melomys — a small rat from an island on the Great Barrier Reef — became extinct because of "human-induced climate change." The rat was initially pronounced extinct in 2016 after it hadn't been seen for a decade after rising sea levels led to habitat loss.

A 2015 study predicts nearly 8 percent of the world's species could go extinct from climate change. If we stay on our current business-as-usual trajectory, that number could be as high as 1 in every 6 species.

Some of the most at-risk species include the Caribbean's staghorn coral, the Arctic's ringed seal and Australia's White lemuroid ringtail possum.

A U.N. report last year issued strong warnings about the consequences for both humans and the environment if global warming continues the way it is now.