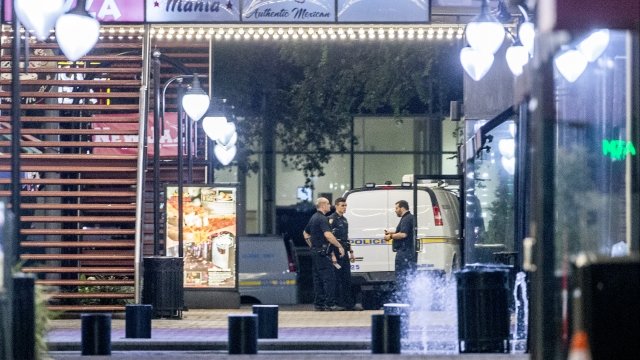 A man who was wounded during a shooting at a video game tournament in Jacksonville, Florida, filed a lawsuit on Thursday against the game's developer.

It's the first lawsuit filed over the Aug. 26 shooting. Jacob Mitich — who participated in the Madden NFL 19 qualifier tournament — is also suing the mall and the restaurant inside it where the event was held.

A gunman killed two people and injured 11 others in the shooting. Authorities said the gunman — who they identified as a 24-year-old man from Baltimore — later died of a self-inflicted gunshot wound.

In his lawsuit, Mitich argues EA Sports chose an unsafe venue to host its tournament at — describing the Jacksonville Landing shopping mall as "a hub of dangerous, violent and too often, deadly activity" that's lacking in security.

The complaint also says those involved in organizing the event didn't conduct background checks on gamers and failed to prevent the suspect from entering the venue with a gun. Mitich is seeking unspecified damages.

Earlier this week, USA Today reports Jacksonville fire inspectors shut down the restaurant where the shooting took place, saying it didn't have a permit to hold the tournament.

EA Sports didn't immediately respond to the lawsuit, but it announced Thursday it's donating $1 million to victims of the shooting.