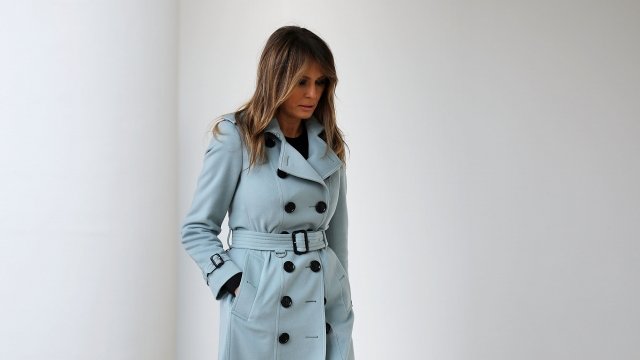 At a conference in Israel on Wednesday, Giuliani — who is one of President Donald Trump's lawyers — said Melania Trump did not believe her husband had an affair with adult film star Stephanie Clifford, aka Stormy Daniels.

The following day, the first lady's communications director issued a statement to news outlets saying, "I don't believe Mrs. Trump has ever discussed her thoughts on anything with Mr. Giuliani."

President Trump has denied he had an affair with Clifford, which she says took place more than a decade ago. Melania Trump has yet to publicly address the allegation.