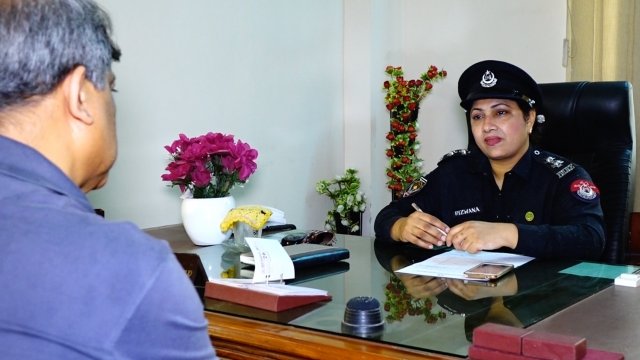 SMS
A Police Chief Is Female In A Place Where Women Often Must Stay Home
By Melissa Prax
By Melissa Prax
August 9, 2017
Pakistani police chief Rizwana Hameed just made history in her community.
SHOW TRANSCRIPT

Rizwana Hameed is a police chief in her city in Pakistan — the first female in town with that role.

That's rare in Pakistan because women are often expected to stay home.

"If men are asked to take on household responsibilities and babysitting for the whole day, I don't think they can handle them, where as women can easily handle professional abilities outside of the home also," Hameed said. 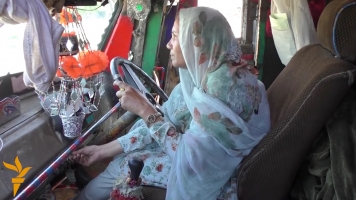 Some say it matters that women in Pakistan, like Hameed, are in leadership positions.

"Peshawar is a closed society where women are mostly confined to their homes," Hameed said. "And even if they are subjected to domestic violence, they endure it and avoid publicly talking about it. But my presence here is now encouraging them to bring problems to the police station, and their number is growing by the day."

Some experts in the country estimate up to 50 percent of Pakistani women suffer domestic abuse.

In addition to creating a safe place for women, Hameed has inspired others to break cultural barriers.

"Even some of our female complainants also ask me after their issues are addressed whether they can join the police, and I sit down with them to explain the process," Hameed said.