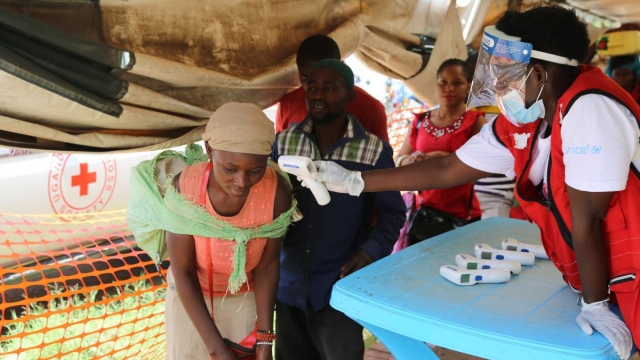 Three people in Uganda have been diagnosed with Ebola. They're the first confirmed cases in the country since an outbreak started in neighboring Congo last August. That outbreak's infected over 2,000 people and killed more than 1,300.

The first case in Uganda confirmed Tuesday was a 5-year-old boy. He died Wednesday morning.

His grandmother and 3-year-old brother have also been diagnosed with the disease and are quarantined. Other family members are being monitored.

The family traveled into Uganda from Congo, but it's unclear how they made it through. Since the Congo outbreak started, people traveling into Uganda have been screened for Ebola at the border.

Uganda's been bracing for the possibility of an epidemic. It started vaccinating against Ebola in November. It's the first time any country has vaccinated against the disease preventively. Almost 5,000 health workers have already been immunized.

A World Health Organization spokesperson said a committee may meet to reassess a decision made in April to not declare the outbreak an international emergency.