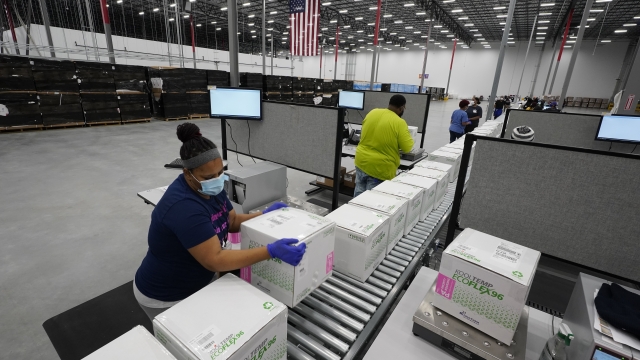 Millions of Americans have been waiting anxiously for some type of financial help from the COVID relief deal just to survive.

They're also hoping a second vaccine will make things a bit easier.

Initial shipments of Moderna's vaccine started yesterday after it got FDA approval Friday.

And the first doses are expected to be given today.

"We're very hopeful by January we'll have at least three vaccines with more to come. And your numbers are right," said Adm. Brett Giroir. "Twenty million vaccine doses distributed, at least by the first week in January. Approximately another 30 million in January and another 50 million in February, not counting the J&J vaccine."

Johnson and Johnson announced last week that its phase 3 trials were underway with 45,000 people.

Unlike the Pfizer or Moderna vaccine, Johnson and Johnson's would require only one shot.