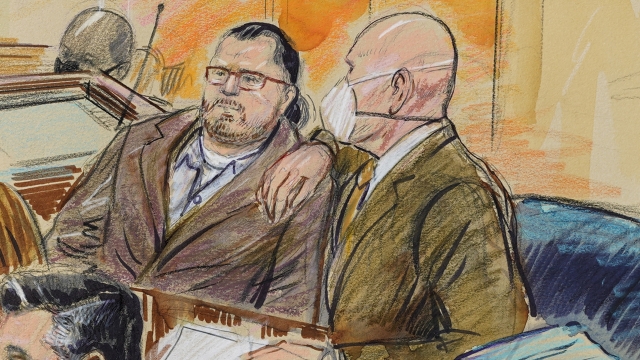 Department of Justice prosecutors are one for one at jury trials for those charged for the Jan. 6 attack on the Capitol.

Jurors convicted Guy Reffitt of Wylie, Texas earlier this week of all five charges related to the day, including obstruction of an official proceeding. The former oil rig manager was armed when he confronted police outside the Capitol building.

He’s the first, but surely not the last, Capitol Hill rioter to stand trial.

The Justice Department has charged nearly 800 people, with many now weighing their options to take the plea deal or leave their fate up to a jury of their peers.

Reffitt's wife had some advice for those next in line.

"Don't take a plea," Nicole Reffitt said. "Do not take a plea. They want us to take a plea. The reason that we have all guilty verdicts is that they are making a point out of Guy and that is to intimidate the other members of the one-sixers, and we will all fight together."

So is she right? Is her husband going to be the example for other rioters? Former federal prosecutor Stephen Saltzburg says don’t read too much into this conviction yet.

"It was an easy one for the government to do... when they're not going to have, I don't think, this much evidence," Saltzburg said. "Again ... some of those cases will be harder."

Prosecutors had a trove of video of Reffitt, with text messages, recordings, testimony from peers and police officers and even his own child to lay out for the jury. His son, Jackson, then 16 years old, turned his father into the FBI. His mother calls his testimony “overreach.”

"Using my minor child as a pawn is probably the most disgusting ploy I have ever seen," Nicole Reffitt said. "Unfortunately we had to be a part of that."

Instead, Saltzburg says the bigger indication will be how long Reffitt is put behind bars. He’ll find out June 8th.

"The stiffer the sentence, the more impact it's going to have on other people who are looking at whether they should go to trial or not," Saltzburg said.

Saltzburg says the best case scenario for many defendants will be to have deals or trials delayed. He says the government could get bogged down and lose interest in prosecuting these cases or there could be a new administration with a new attorney general in just a few years.