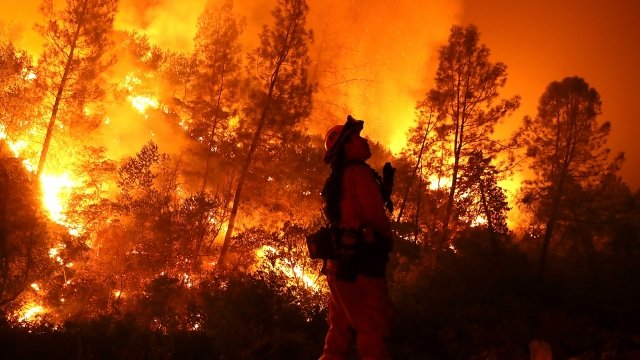 The blaze is made up of two separate fires that have collectively spread across more than 302,000 acres as of Wednesday evening.

Cal Fire said the fire was 47 percent contained at that time.

That number represents no change in containment from the day before. But officials say they've been focused on making sure the blaze doesn't spread, noting that the individual River Fire "saw no growth" in that 24-hour period.

Firefighters expect to have the fire completely contained by the start of September.