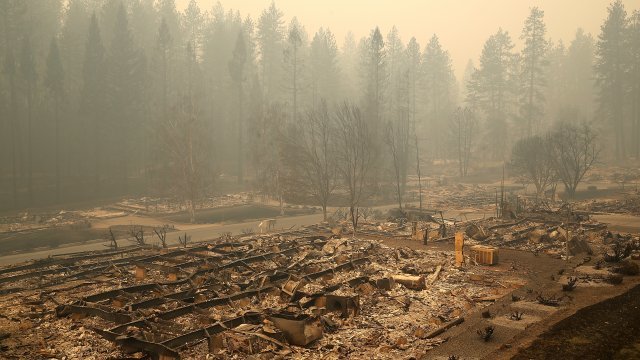 The blaze started on Nov. 8, and the cause is still unknown. It's left at least 85 people dead, scorched over 153,000 acres and destroyed almost 19,000 structures, making it the state's deadliest and most destructive fire on record.

On Friday, California's Forestry and Fire Protection Department said several inches of rain fell over the burn area, helping to extinguish much of the blaze. But the rain also raised concerns about flooding and mudslides, which could make it harder for firefighters to reach some places.

Across California, three major wildfires have burned nearly 255,000 acres and destroyed more than 20,000 structures in less than three weeks.