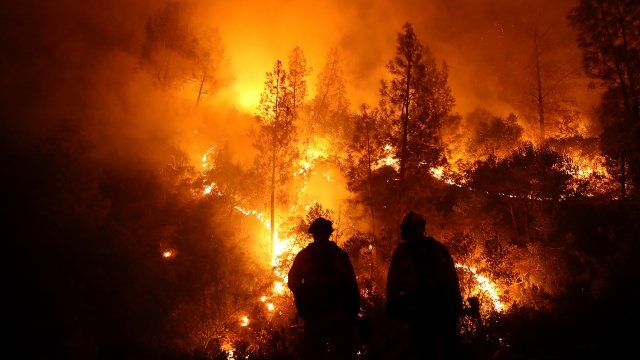 Fire officials didn't release his name, but said he died at a hospital after getting injured at the scene of the blaze.

The record-breaking Mendocino Complex fire is made up of two separate fires that had collectively spread across more than 349,000 acres as of Monday evening.

One of those fires — the River Fire — is already 100 percent contained. But the Ranch Fire, which is the larger of the two, is still growing.

Crews expect to have that blaze completely contained by the start of September.