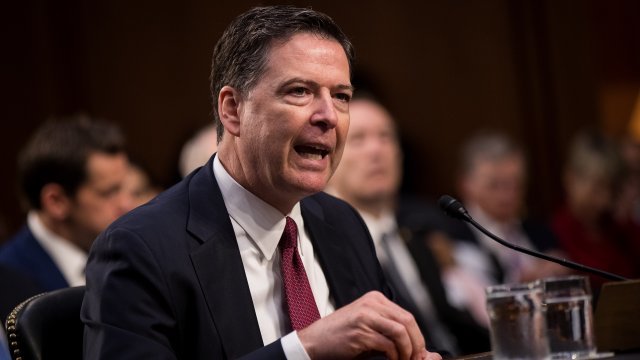 By Matt Picht
August 2, 2017
Former FBI Director James Comey has signed a multimillion-dollar deal for his first book, which will be about ethical leadership and his career.
SHOW TRANSCRIPT

We know former FBI Director James Comey is good at writing memos, but now he's turning his pen to something a bit more lengthy.

Flatiron Books, a MacMillan imprint, announced Wednesday it has secured the rights to Comey's first book — an exploration of ethical leadership — due out in spring 2018. The bidding war reportedly topped $2 million. 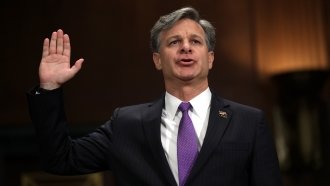 Flatiron promises the book will have "yet-unheard anecdotes" from "the highest-stakes situations" of Comey's two decades in law enforcement. Which begs the question: How much could there possibly be left to tell?

From his Bush-era standoff with the White House over the attorney general's hospital bed, to his investigation into Hillary Clinton's private email server, to the Russia investigation that led to his abrupt firing, the highs and lows of Comey's dramatic career have already played out all over C-SPAN.

And he might not be interested in revisiting his personal career anyway. His agent told The New York Times last month that Comey was hesitant about the book deal until he decided his book would have a broader point to make.