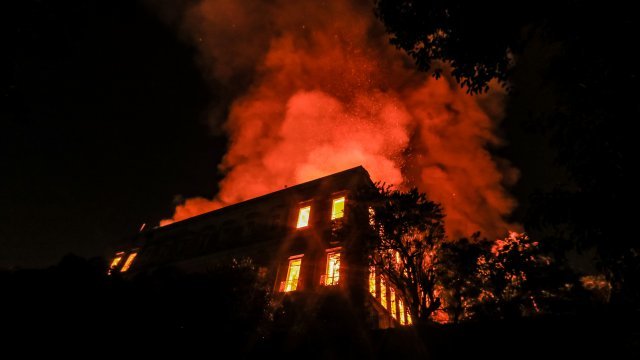 A massive fire tore through the 200-year-old National Museum of Brazil in Rio de Janeiro on Sunday. The flames likely destroyed over 20 million historical artifacts.

Brazilian President Michel Temer called Sunday a "sad day for all Brazilians," and said "two hundred years of work, investigation and knowledge have been lost."

A museum spokesperson says the cause of the blaze hasn't been determined and there were no injuries.

Firefighters, who worked through the night to put out the flames, say their attempts to stop its spread were complicated because the nearest fire hydrants didn't work.

Still, a spokesperson for the crews said some items were able to be saved.

The museum was founded in 1818. It housed numerous irreplaceable artifacts including the oldest human remains ever found in the Americas.