Fire And Shooting Kill At Least 8 In Nicaragua, Ending Truce 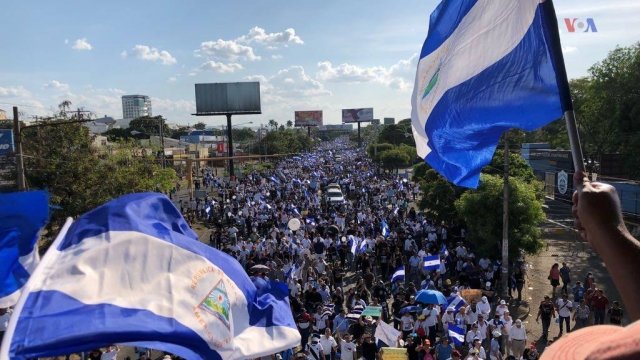 A truce to halt the political unrest in Nicaragua ended after a shooting and a fire on Saturday left at least eight people dead.

The Nicaraguan government had struck the truce with civic leaders on Friday to end the violence between officials and demonstrators that has left dozens of people dead.

In May, Amnesty International released a report that said Nicaraguan officials were using excessive force to deal with the protests.

The Nicaraguan Center for Human Rights says at least 170 people have died. But CNN reports the government puts that number at 34.

The Nicaraguan government eventually reversed the reforms, but the demonstrations continued. Protesters called for President Daniel Ortega to step down and for "democratization" through changes to electoral laws.

According to Al Jazeera, on Friday the Nicaraguan government and civic leaders agreed to stop the violence, remove roadblocks and allow an international investigation into the protests.