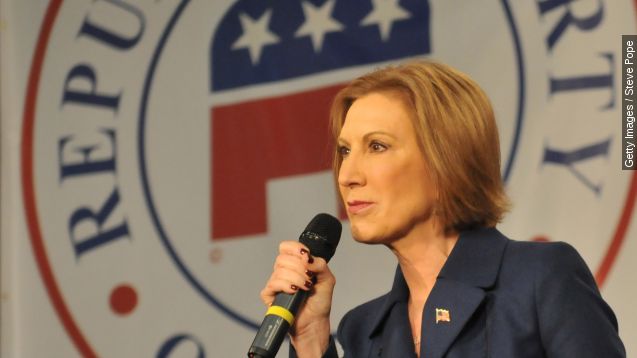 SMS
Fiorina's Job Growth Claim At HP Is Overstated
By Jake Godin
By Jake Godin
November 10, 2015
Carly Fiorina's claim that she grew jobs at Hewlett-Packard from 80,000 to 150,000 is technically true, though that's not the whole story.
SHOW TRANSCRIPT

When Carly Fiorina talks about her record as CEO of Hewlett-Packard, she’s got a pretty positive perspective. (Video via Ronald Reagan Presidential Foundation and Library)

Right. So, those sound like some pretty impressive accomplishments. But Fiorina’s claim she doubled HP’s employee count doesn’t tell the whole story.

Factor in massive layoffs and, HP’s employee count was at 141,000 when the two companies actually merged, in what is often cited as one of the worst mergers of the decade. By the time Fiorina was ousted, HP had around 150,000 employees.

This video includes images from Getty Images and music "dark roasted" from Birocratic / CC BY ND 3.0.