Fiorina's Claim About Women's Job Loss Is Half The Story 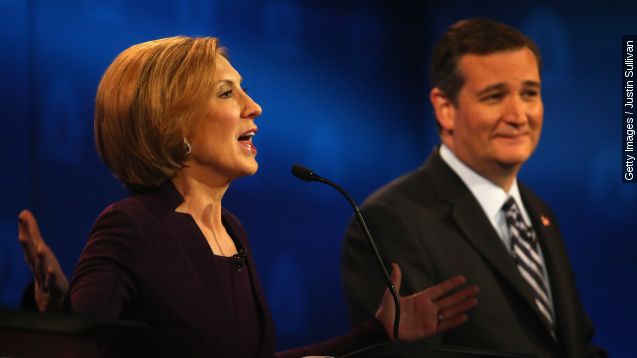 SMS
Fiorina's Claim About Women's Job Loss Is Half The Story
By Jake Godin
By Jake Godin
October 28, 2015
Carly Fiorina claimed 92 percent of the jobs lost during Obama's first years as president belonged to women. While true, that's not the whole story.
SHOW TRANSCRIPT

"And every single policy of President Obama has been demonstrably bad for women. Ninety-two percent of the jobs lost during Barack Obama's first term belonged to women," Carly Fiorina said during CNBC's presidential debate.

If that sounds too high to be true, that's because it is … mostly. Ninety-two percent is a cherry-picked number.

And it's not the first time it's been used — PolitiFact checked it out after Mitt Romney's camp used it in his 2012 presidential campaign against Obama.

While the number is accurate, it doesn't tell the whole story. To get that, you would need to look at the entire span of the recession.

When taken together, PolitiFact found that the numbers put women at about 40 percent of the total.

So, the number is accurate, technically. But when using job-loss numbers from the recession, it's necessary to use all of the recession data, not only half of it.