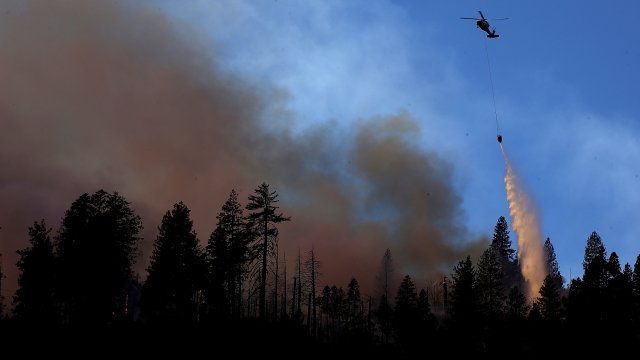 Over the weekend, President Donald Trump suggested California could learn a thing or two about fire prevention if it followed Finland's example — since the country is known for its effective fire-prevention system. However, experts say it's difficult to compare fire risks in California to those in Finland, since the two have very different weather and climate patterns.

Forests cover 75 percent of its country, but Finland is very good at keeping blazes quelled. In 2017, fires only burned down about 1160 acres of forest, which is a tiny fraction of the total 57 million acres. The country hasn't seen a fire larger than 2,400 acres in more than a decade. Compare that to California's Camp Fire, which quickly burned more than 140,000 acres.

Finland has the advantage of a cold, wet climate, which helps control the spread of wildfires. For example, Lapland, a remote part of Finland which faced massive fires this summer, has seen nearly 16 inches of rain since May. During that same time, the area near where the Camp Fire started received less than an inch of rain. 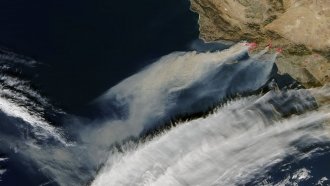 The plants in Finland's forests also help stop the spread of fires. They're mostly filled with tall boreal trees, which fire experts suggest are much less likely to catch on fire than the swaths of shrub land and small trees which make up much of California's vegetation.