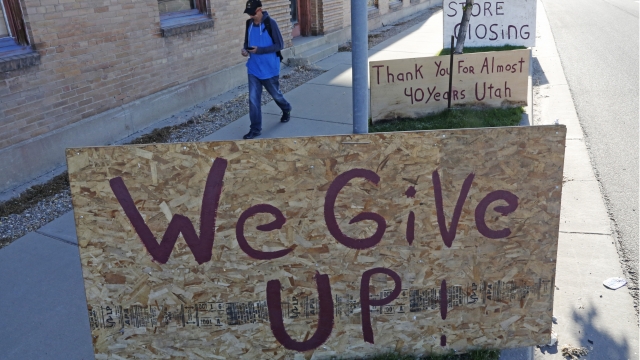 As the world weighs tough decisions on how to balance fighting COVID-19 and preserving economies, a couple of grim financial forecasts rolled in Wednesday.

First: A United Nations report projected the world economy will shrink 3.2 percent this year due to the virus. And, the report says 2021 will only see gradual recovery.

The losses over the next two years are expected to completely negate any gains made over the past four.

On Wednesday, Federal Reserve Chair Jerome Powell warned the coronavirus pandemic could bring a prolonged recession to the U.S. He also called on the U.S. government to take more steps to avoid further economic damage.

Here's the second outlook: Goldman Sachs warned that the U.S. unemployment rate will peak at 25 percent — as high as the bleakest point of the Great Depression. CNN reports the investment company based its prediction off "government statistics, the first glimpse of the reopening process and new big data sources."

The April jobs report revealed U.S. unemployment surged to 14.7 percent. But Treasury Secretary Steven Mnuchin said Sunday he believes the rate might already be close to 25 percent, due to losses that haven't been counted yet and people who aren't seeking work.