Finally, A Woman Will Headline A Marvel Movie Title 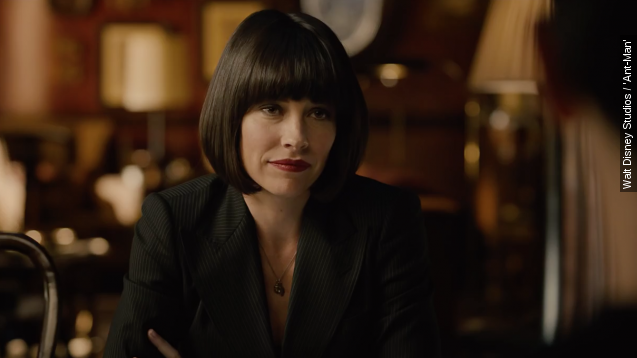 SMS
Finally, A Woman Will Headline A Marvel Movie Title
By Eugene Daniels
By Eugene Daniels
October 8, 2015
Marvel announced the new title for the "Ant-Man" sequel would be the first with a female superhero in the title. Finally.
SHOW TRANSCRIPT

If you've been waiting for a woman to headline her own Marvel movie, your wish has been granted. Sort of.

On Thursday, Marvel announced the sequel to this year's "Ant-Man" will be called "Ant-Man and the Wasp." (Video via Walt Disney Studios / "Ant-Man")

If you saw the first movie, it may not be that much of a surprise, as we were shown a brand-new Wasp costume in one of Marvel's famous post-credit sequences. When it hits theaters in 2018, it will be the the first time a female superhero has been named in a movie title — which Marvel was quick to point out. (Video via Walt Disney Studios / "Ant Man")

Though Hope Van Dyne, aka "Wasp," got great response as a character, it's hard not to wonder if the new name may be an attempt to garner some good PR for Marvel. (Video via Walt Disney Studios / "Ant-Man")

Marvel has been long accused of, to put it lightly, having a woman problem. None of the company's large roster of female heroes has taken the helm of a movie yet.

Yes, Natasha Romanoff has kicked some serious butt in four movies but always in the role of either a team member or sidekick. (Video via Walt Disney Studios)

And more importantly, despite her huge popularity, Marvel has somehow managed to scrub Black Widow out of plenty of Marvel merch. It completely replaced her in the action-figure version of one of her scenes from the second Avengers flick, and somehow forgot to throw her on some of the covers of the DVD and Blu-ray.

But it looks like the studio could really be working on fixing the perception that it doesn't care about female superheros. Earlier this year, it was announced Captain Marvel would be headlining her very own movie. Without sharing the title.