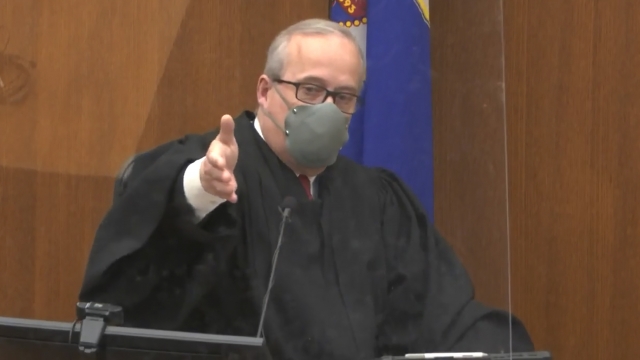 SMS
Court TV: Final Juror Selected In Criminal Trial Of Derek Chauvin
By Court TV
By Court TV
March 23, 2021
Fifteen jurors have been selected but only 14 will be allowed in the courtroom because of social distancing requirements and space concerns.
SHOW TRANSCRIPT

A panel of 15 jurors has been seated in the trial of former Minneapolis police officer Derek Chauvin.

This afternoon juror number 131, a white man and an accountant, is the final person to be seated to hear evidence in the case.

He said this regarding Chauvin kneeling on George Floyd, “I think the duration was a bit like I said, unnecessary, for five to 10 minutes, whatever the exact number is."

Chauvin's attorney asked, "So, this is another way of saying you formed an opinion that it was an unnecessary use of force, right?"

"For that duration of time," he responded.

Only 14 of the 15 jurors will be able to sit inside the courtroom because of social distancing and space within the courtroom.

So, on Monday for the start of opening statements, one of the jurors – number 15 – will actually be dismissed if all 14 show up.

The seated jury is diverse comprised of five men and nine women. Nine of them are under the age of 50. Five are over the age of 50. Eight of the jurors are white, four are black, and two of them identify as multiracial.