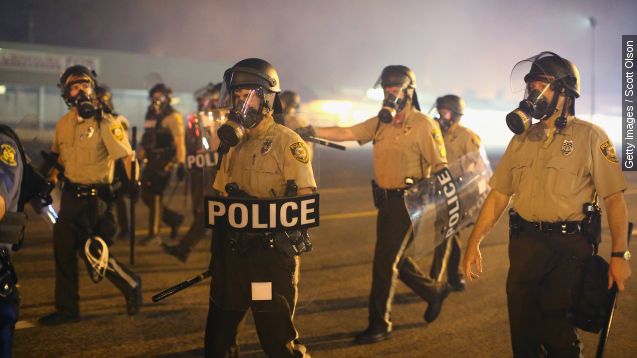 SMS
Final DOJ Ferguson Report Outlines Improvements For Police
By Jake Godin
By Jake Godin
October 2, 2015
The final Department of Justice report covering the death of Michael Brown and the protests that followed in Ferguson has been released.
SHOW TRANSCRIPT

The fourth — and final — Department of Justice review of what happened in Ferguson is out.  And it's rough.

The report's overall message is clear: The St. Louis County Police Department was not prepared to respond to the events that transpired more than a year ago following the death of Michael Brown. (Video via KHSB)

Numerous goals are outlined — diversifying the police force, improving training for how officers interact with the community and bettering the department's protest response are all recommended.

In all, the DoJ report has 50 findings and over 100 recommendations for the St. Louis Police Department. Which is kind of a lot.

That said, it still wasn't as bad as a previous DoJ report which harshly criticized the police department, accusing it of violating the U.S. Constitution on multiple levels.

And the most recent report held St. Louis County Police Chief Jon Belmar in high regard for his willingness to have his department undergo the report's evaluation.