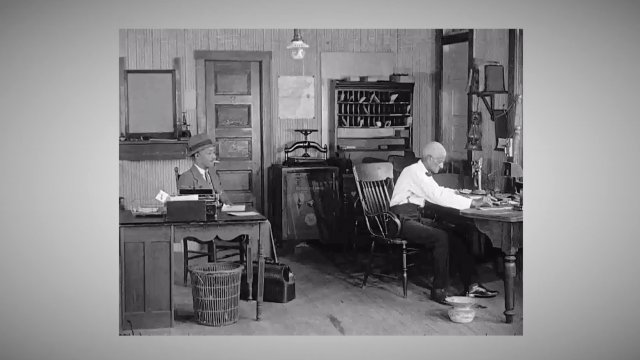 Some of the most important films provide moving snapshots of American history, giving today's audiences front row seats to the country’s past. But Black filmmakers have long been left out of cinema canon, and film archivists are having to correct those past mistakes.

"It was time to really say, 'Okay, we need to make sure that there’s diversity in what is preserved and what’s brought to the attention,'" Carla Hayden said. "That’s what makes this selection this year very significant and a harbinger, really, of things to come."

As the Librarian of Congress, Hayden oversees the National Film Registry — a growing archive of movies, documentaries and short films that reflect U.S. history.

Every year, 25 films are inducted into the archive, and last year's selection was the most diverse yet — including more titles from women and filmmakers of color, movies that highlighted the country's history of racially-motivated violence, and films that reflected Black communities from the '90s all the way to the early 1900s.

"Cooley High" from director Michael Schultz was one of the latest inductees to the National Film Registry. It came out in 1975 and told the story of a group of Black teenagers in the Chicago neighborhood of Cabrini Green.

"African American filmmakers were finally starting to get chances to direct," said Steve Leggett, program coordinator of the National Film Preservation Board.

"Cooley High" was best known for authentically capturing what life was like for Black communities in the 70s — which made it stand out during Hollywood's "Blaxploitation" period of heavily stereotyped portrayals.

Because of that, "Cooley High" has been called "a classic of Black cinema" and a predecessor to the work of filmmakers like John Singleton and Spike Lee.

"There are people in my age group now that really still talk about 'Cooley High' as being so significant because they were seeing themselves reflected on the big screen, and that's the other part of representation — that what you see can reflect and really add to how you feel about yourself," Hayden said.

Hayden says there is "a real urgency" among historians to include more diverse voices in film archives.

Since 1981, much of the work preserving Black cinema history was done at the Black Film Center & Archive at Indiana University, and last year, the website "Black Film Archive" was created by research fellow Maya Cade to curate roughly 250 Black films from 1915 to 1979.

Outside of those archives, other groups are working to correct past oversights. Back in 2020, the New York Times reported that the Criterion Collection — a selective canon of some of the most "important classic and contemporary films" — included just five titles from four African American directors out of over 1,000 films. The company says it is now working to hire more Black employees.

These diversity efforts allow preservationists to better uncover the oft-forgotten parts of American history, which is also why the National Film Registry inducted this three-minute video clip from 1902.

"But what richness you get out of those glimpses that this is actual," Hayden said. "These were people who lived and had community and had pride."

"So we just thought it was a great example to show that, you know, these communities did exist in cities around the country," Leggett said.