After The Better Part Of A Century, US Honors Filipino WWII Veterans 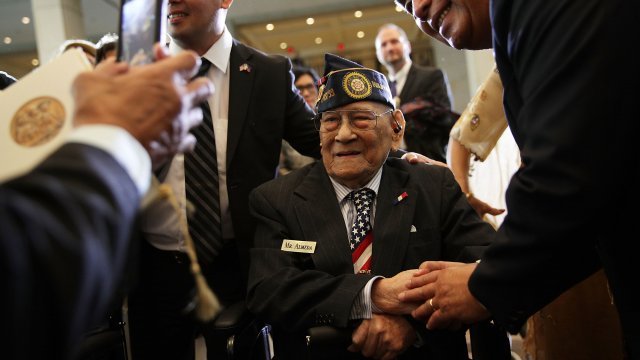 "I don't have to tell you this is the day that's been long, long been overdue," said Speaker of the House Paul Ryan.

On Wednesday, Congress presented the Congressional Gold Medal, the highest civilian award, to several Filipino veterans. The soldiers are accepting it on behalf of more than 250,000 Filipinos who served and fought for the U.S. in the Second World War. 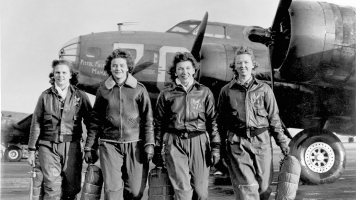 These veterans not only fought in the war but, decades after, fought to be recognized. In 1941, President Franklin D. Roosevelt promised full veteran benefits and citizenship to Filipinos who enlisted and served under the American flag. Back then, the Philippines was a U.S. commonwealth, and its citizens were American nationals. After the war, the U.S. granted the country its independence but stripped Filipino soldiers of Roosevelt's promise.

One hundred-year-old Filipino veteran Celestino Almeda answered Roosevelt's call of duty. "I am a warrior and member of a team," Almeda said. "I believe I served the people of the United States."

U.S. Sen. Mazie Hirono, D-Hawaii, said: "It is frankly shameful that these veterans had to fight so hard for what they were promised. Today, only 18,000 veterans are still alive, many in their 80s and 90s, and more are passing away every day. ... But on this, we agree to honor each veteran in the same way they honored our country."

"This is not a feel-good story about delayed recognition; we are here to immortalized the legacy of these great liberators," Speaker Ryan said.