Muslims In The Southern Philippines Vote 'Yes' To Autonomous Region 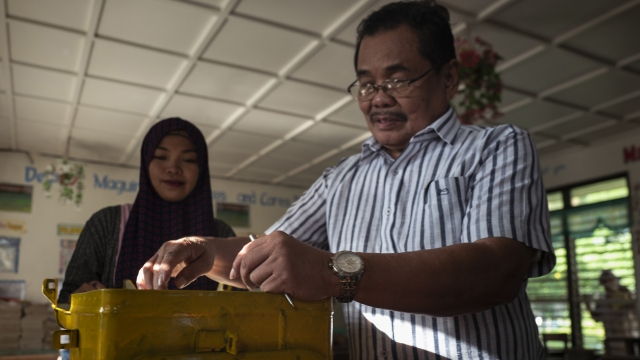 The numbers are in, and Muslims in the Philippines have overwhelmingly approved the creation of an expanded autonomous region in the southern part of the country.

The vote was last Monday, but the Commission of Elections announced that the referendum passed by a landslide on Friday, creating the Bangsamoro Autonomous Region in Muslim Mindanao. According to results released by the commission, only one city voted "no."

This is all possible because of a law signed by Filipino President Rodrigo Duterte in July to allow for the replacement of a previous autonomous region.

So here's some context: Muslims in Mindanao have had a designated region for almost three decades, but the Voice of America reports it didn't have much autonomy. Bangsamoro is intended to expand and improve on the original region, giving it its own government and financial independence.

The creation of Bangsamoro a is intended to settle more than 40 years of conflict between Muslim separatists and the Philippine government.

The new region will have a population of around 4.3 million people. On February 6, around 600,000 more people will vote for whether they'd like to join.