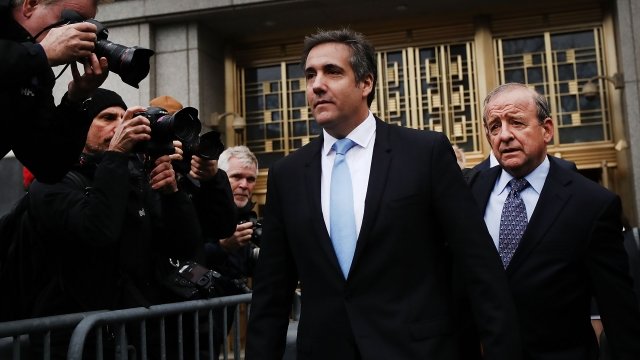 SMS
President Disclosed 2017 Payment To Michael Cohen In Financial Filing
By Austin Kim
By Austin Kim
May 16, 2018
A financial disclosure report shows the president repaid Michael Cohen between $100,001 and $250,000 in 2017 for an unspecified expense.
SHOW TRANSCRIPT

To be clear, this report does not explicitly show this was for the alleged hush payment Cohen made to the adult film star Stormy Daniels. But there are some details that match up with the circumstances of that exchange.

Again, the report does not say specifically what "expense" Trump was reimbursing Cohen for.

The president's filing says he disclosed this payment in the interest of transparency. However, the Office of Government Ethics said President Trump was required to provide this information anyway.

This may also get the attention of the Justice Department, since this disclosure was not on last year's financial form. The ethics office's acting director wrote Deputy Attorney General Rod Rosenstein saying this latest report may be "relevant" if the DOJ is investigating the president's filing from last year.