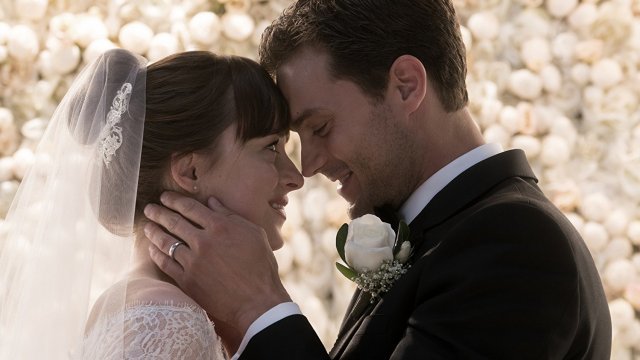 SMS
'Fifty Shades Freed' Pushes The Franchise Past $1 Billion
By Jamal Andress
By Jamal Andress
February 11, 2018
Between the "Fifty Shades of Grey" premiere and the highly anticipated (if disappointing) climax this weekend, the franchise has made $1 billion.
SHOW TRANSCRIPT

After three years of Valentine's Day punishment, the "Fifty Shades" franchise has finally come to an end. Taking the No. 1 spot this week is "Fifty Shades Freed," bringing in an estimated $39 million in its first week out.

While $39 million is good, $98 million is better, and that's exactly how much money Christian Grey managed to whip up at the foreign box office, bringing the worldwide total to nearly $137 million.

Now, considering critics pretty much universally say this latest film is terrible, just like the first two, $130 million in three days might seem surprising. But it's not.

Between the "Fifty Shades of Grey" premiere in 2015 and the highly anticipated (if disappointing) climax this weekend, the franchise has made $1 billion — while only spending $150 million on all three films. 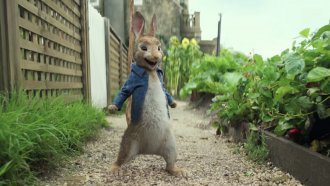 Some Allergy Advocates Want You To Boycott 'Peter Rabbit'

Say what you want about the writing, acting, plot, writing, directing — did I mention the writing? Despite all of that, one thing Mr. and Mrs. Grey do know how to do is make a profit.

Taking the No. 2 spot this week is "Peter Rabbit," bringing in an estimated $25 million in its first week out.

Now, it doesn't get much more iconic than Beatrix Potter's "The Tale of Peter Rabbit" from literally 100 years ago. So I can understand the hesitation surrounding a CGI remake.

"They don't tug too hard on the nostalgia, nor do they try too hard to be super modern. It finds a middle ground. I had a good time," What The Flick's Christy Lemire said.

As for next week, Black History Month takes things up a notch.