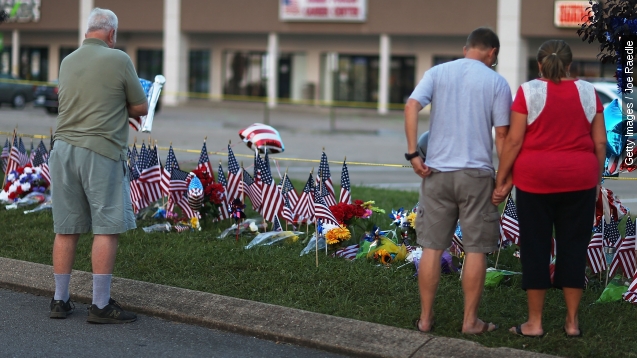 The U.S. Navy says a sailor, who was injured in the shooting at a military support center in Chattanooga, Tennessee. earlier this week, has died.

Officials say Muhammad Yousuf Abdulazeez carried out the attack. Police say the 24-year-old had two long rifles and one handgun in his possession before he was shot and killed by law enforcement. (Video via WTVF)

Authorities have not released a motive for the attack but it is being investigated as a case of domestic terrorism. Abdulazeez was not on the government's terrorism radar before the attack.