FIFA's Second In Command Put On Leave Over Allegations 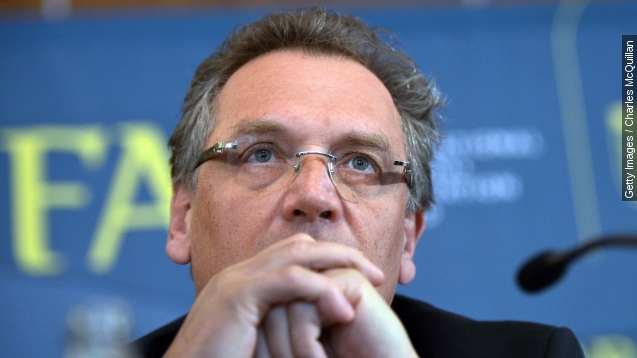 It's not Sepp Blatter, but it's close. FIFA's No. 2 man, Secretary General Jerome Valcke, is the latest official to fall to corruption allegations.

FIFA announced Thursday that Valcke has been put on leave, pending a formal investigation by the FIFA ethics committee. (Video via Al Jazeera)

The Guardian reports Valcke stood to gain from an agreement to sell tickets to the 2014 World Cup at inflated prices.

Valcke has denied the allegations against him, including other accusations of taking bribes from disgraced former FIFA official Jack Warner. (Video via SPOX)