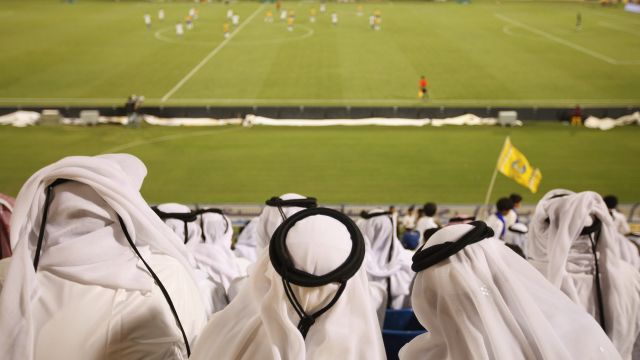 The Amnesty International report condemns alleged migrant worker abuses at World Cup construction sites in Qatar, which will host the event in 2022.

FIFA says it is "fully aware" of working conditions in Qatar leading up to the 2022 World Cup.

On Thursday, FIFA responded to a damning report by human rights watch group Amnesty International, which read, in part, "The abuse of migrant workers is a stain on the conscience of world football."

One FIFA official said in a statement, "Many challenges remain, but we are on the right track and committed to continue improving, to further contribute to the protection of workers' rights."

The working conditions in Qatar have been criticized ever since the oil-rich country won the bid to host the 2022 World Cup.

"You live in a room with eight, 10, 12 other men. The cooking facilities are absolutely unhygienic. ... It's a life of squalor. You are trapped in Qatar," International Trade Union Confederation's Sharan Burrow told ESPN.

In 2010, when the country won the 2022 World Cup bid, Qatar said it intended to spend $200 billion in preparation. Officials said multiple stadiums, hotels and transportation outlets would be built.

This video includes clips from United Media Center and images from Getty Images.

Messi put Argentina ahead in the 35th minute with his third goal at this year's tournament and ninth in total at the World Cup.

It was a disappointing end for a rebuilt U.S. team hoping to advance past the round of 16 for the first time since 2002.