Why The Cuban Government Won't Give Castro A Monument 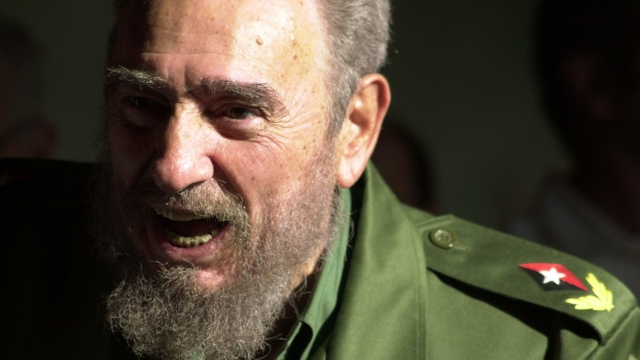 Raúl Castro, Fidel Castro's brother, said it's to prevent a "cult of personality" from forming.

Fidel Castro won't be getting any monuments in Cuba.

At least as long as his brother, Raúl Castro, is in power. The Cuban president announced on Saturday the government will not allow streets or other public sites to be named after the country's former leader.

President Castro made the announcement at a rally eight days after his brother's death. He said the ban is to prevent "a cult of personality" from forming.

He also said Cuba will ban Fidel Castro's name and likeness from institutions, buildings and parks and that no monuments will be erected in his name.

Raúl Castro took over as president in 2008 due to his brother's health issues. The sentiments he shared at the rally followed what Fidel Castro preached while he was in power.

Cuba held a nine-day period of mourning after Fidel Castro's death. His ashes were buried in Santiago de Cuba on Sunday.