Fewer Kids Are Participating In Youth Sports As Costs Climb 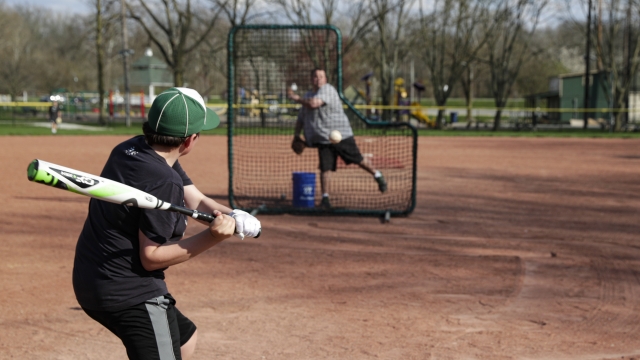 Youth participation in sports fell by 7% from 2008 to 2018, according to the Aspen Institute.

Across the country, youth sports are getting more expensive.

As persistent inflation strains budgets for everything from groceries and gas to travel and nights out, funding kids' extracurriculars is getting stressful.

"Oftentimes, I'll steer them in the direction of something that is used because they're less than half the prices," said David Westphal, owner of Buffalo Sporting Goods Store in New York.

"Cleats can go anywhere from $50 to $100; the gloves, same range at Dick's," said parent Natalie Theodore. "A lot of the kids like to have them pretty showy."

Theodore is trying to keep her son's dreams of playing college football alive, but it's getting tough.

"We looked into hiring a recruiter, but honestly we can't afford that monthly because we're a family of five," Theodore said.

She's far from alone, and the strain on families only compounds a trend of dwindling participation in youth sports.

Experts advise parents to check in with their local health departments for up-to-date guidelines.

In Milwaukee, a youth sports organization found participation in families making less than $25,000 a year was just 34%. It was 69% among families making more than $100,000.

"If a family doesn't have the financial means to participate in a sport, they lose out on those great opportunities and the benefits that they could essentially get from playing the sport," said Quentin Prince, executive director of Milwaukee Youth Sports Alliance.

The disparity and the increasing cost is prompting people like Matt Bixenstine to put up a free sports gear library in his local park in Cleveland.

"We'll supplement it as needed, replenish the inventory, so to speak," Bixenstine said. "If it works out the way we hope it does, I don't see any reason why the concept couldn't be translated to other city parks."

It's an attempt to make outdoor team sports more accessible for any kid who needs it, no matter the economic climate.