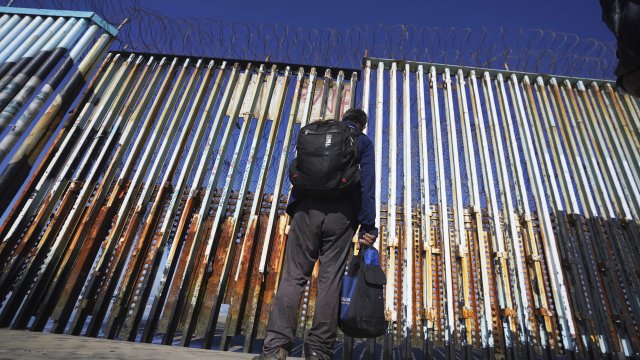 A crisis in the workforce: Too few workers, too many open positions and fragile supply chains left behind.

The evidence is in the numbers.

"There are two job openings for every person looking for a job locally," CareerSource's Tom Veenstra said.

The trend holds nationally. The workforce is so hungry for workers, one San Diego woman was job-hunting for almost no time at all.

"It took me a day," Jazmine Monk said.

And in Cincinnati, barbecue joint manager Jeff Keate wonders if his suppliers will be able to keep up.

"You never know what's going to either be missing on the order or what’s going to be changed on the order," he said. "That means I had to go out there and find those products that we need to come up with."

Supply chains are broken down without enough hands, namely immigrant workers, to keep them moving.

Prashar, who works as Global Chief Marketing Officer at R/GA, is an activist and former political adviser with years of experience handling immigration issues.

One way to get more immigrant workers into the country would be easing Title 42 restrictions put in place under former President Trump.

The measure turned asylum-seekers to Mexico ostensibly to curb the spread of COVID-19.

The Biden administration promised to end the practice, but it expanded its use earlier this month well after declaring COVID-19 an 'endemic.'

Prashar now sees a connection between lower immigration and the kind of supply chain fragility that's forcing parents to search high and low for baby formula.

"Now I'm down to one," stay-at-home mom Sam Wiegele said. "And so I feel like with every can I open, that fear is just building and building."