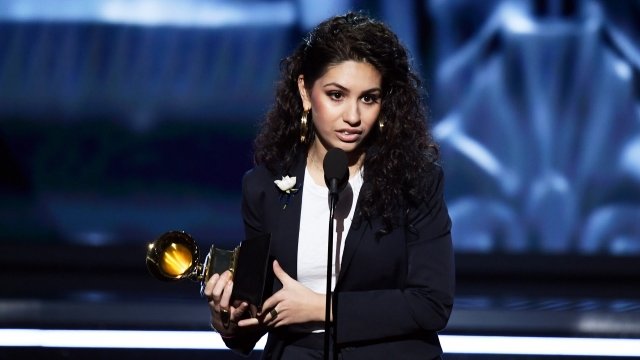 SMS
In A 'Time's Up' Era, The 2018 Grammys Were Dominated By Men
By Katherine Biek
By Katherine Biek
January 29, 2018
Alessia Cara was the only female artist to win a Grammy during Sunday's televised ceremony.
SHOW TRANSCRIPT

In an era of "Time's Up" and #MeToo initiatives, men still dominated the 2018 Grammy Awards on Sunday night.

As Newsy previously reported, Alessia Cara was the only female artist to win an award during the televised ceremony.

Now, only nine awards are handed out on stage. The rest are awarded before the telecast. In total, women or female-fronted bands won just 17 of the dozens of awards.

Most notably, SZA, who was the most-nominated woman this year, went home empty-handed.

The imbalance in Grammy winners was particularly noticeable since many performers arrived to the ceremony either wearing or carrying a white rose as a symbol of support for the Time's Up movement against sexual misconduct and gender inequality.

When asked about the minimal number of female winners Sunday, the Recording Academy's president suggested if women want to win more Grammys, they need to "step up."