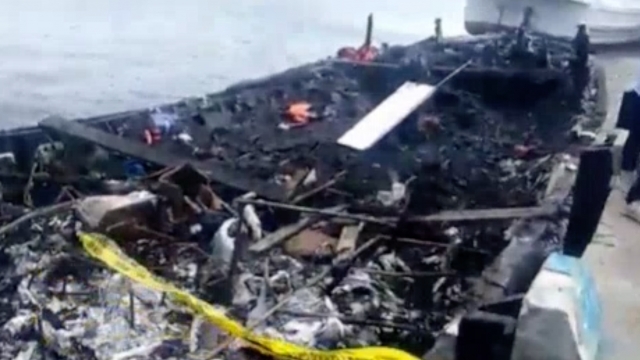 SMS
Ferry Catches Fire In Indonesia, Killing At Least 23
By Ryan Biek
By Ryan Biek
January 1, 2017
Although more than 200 passengers were on the ferry, there were only 100 life jackets on board.
SHOW TRANSCRIPT

At least 23 people were killed when fire broke out on a ferry near Jakarta, Indonesia, on Sunday.

More than 230 people were headed from the capital to a resort island when the boat's power generator short-circuited.

Many passengers jumped into the sea, but the ferry only had 100 life jackets on board.

Officials say 194 people were rescued, but as of Sunday morning, 17 were still missing.