Fentanyl Surpasses Heroin As Most Common Drug In Overdose Deaths 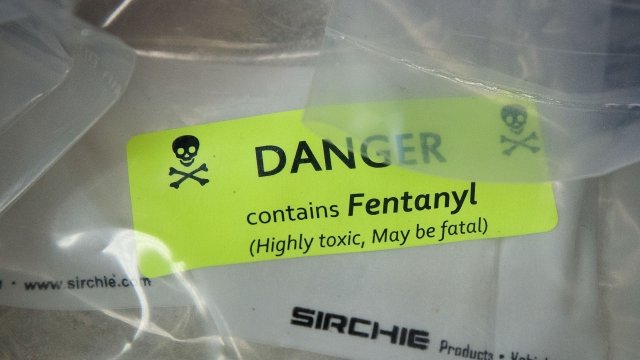 A new drug has taken the top spot as the most deadly in the U.S., according to a recent CDC report.

Data from the agency shows that fentanyl surpassed heroin as the drug most frequently involved in overdose deaths in 2016.

The synthetic opioid was linked to more than 18,000 overdose deaths that year, accounting for nearly a third of all deaths from overdoses.

Researchers looked at death certificate information from 2011 to 2016 to try to identify drug overdose death patterns. They used data that mentioned at least one specific drug.

While a lot of focus has been placed on America's opioid crisis, the findings could give health experts better insight into drug trends across the nation.

For example, during the study's time frame, cocaine ranked as the second- or third-most-common drug in overdose deaths.

And while fentanyl appears to have been more prevalent recently, prescription painkiller oxycodone ranked first in 2011, and heroin was at the top of the list from 2012 to 2015.

The study's authors suggest that the results emphasize the need for including specific drug data on death certificates for more accurate reporting.