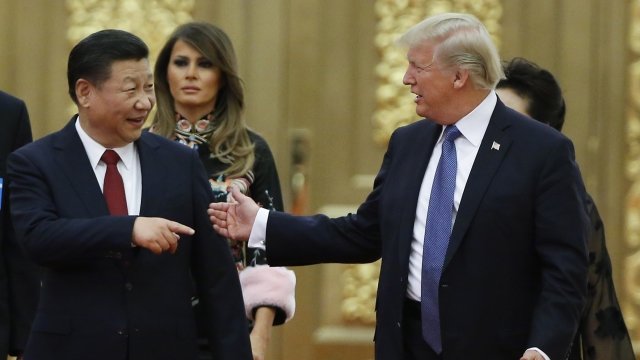 The White House announced this weekend that China has pledged to curb the flow of fentanyl to the United States, but drug policy analysts say there's little to applaud.

"China needs to get its regulatory house in order. it knows that. It's trying to take those steps. I don’t think this agreement will further that in any way," said Bryce Pardo, an associate policy researcher for drug policy at the RAND Corporation.

Originally created as a cancer treatment, fentanyl is a synthetic opioid that is 100 times more potent than morphine. In recent years, illicit forms of fentanyl have led to a record-breaking spike in opioid overdose deaths in the U.S.

U.S. officials have cited China as the predominant source of the drug. And experts like Pardo worry the country simply doesn’t have the ability to regulate --no matter what a potential agreement says.

"The control of fentanyl... it's a red herring," Pardo said. "That's not really the matter here. The matter is really just them not being able to effectuate the regulations that they have on the books. They just don't have the capacity to do it."

China is the world's largest exporter of active pharmaceutical ingredients. The DEA estimates there are currently about 160,000 Chinese chemical companies and regulation on those firms has been weak.

This isn’t the first time the U.S. has reached a deal with China when it comes to fentanyl. In 2016, the Obama administration said China and the U.S. had agreed on "enhanced measures" to keep fentanyl from coming to the U.S.

But China never specified what steps it would take, and fentanyl has continued to flood the U.S. market. The CDC announced last week US life expectancy lowered in part because of opioid overdoses. 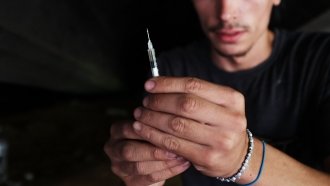 Americans Are Dying Younger Because Of Drug Overdoses And Suicides

There is one difference with this agreement though that drug policy experts say could be a critical step forward.

"Fentanyl has been controlled in China. This is nothing new, what could be new is that they may be adopting a U.S.-style control of fentanyl and fentanyl analogs," said Pardo.

Drug makers are able to produce new forms of fentanyl faster than the government can control them.

By listing all fentanyl-like drugs as controlled substances, the Chinese government will be able to regulate and control different types of the drug that haven’t been created yet.

But as long as U.S. demand remains high, without enhanced regulation, experts worry that Chinese manufacturers will continue to export fentanyl for years to come.

A lot of questions remain about the agreement, however. The White House said in a statement that China “agreed to designate Fentanyl as a Controlled Substance, meaning that people selling Fentanyl to the United States will be subject to China’s maximum penalty under the law.”

The Chinese Foreign Ministry didn't go as far in its statement, saying instead it would "list all the fentanyl-like substances as controlled substances and start working to adjust related regulations" but did not specify any penalties for selling the drug.