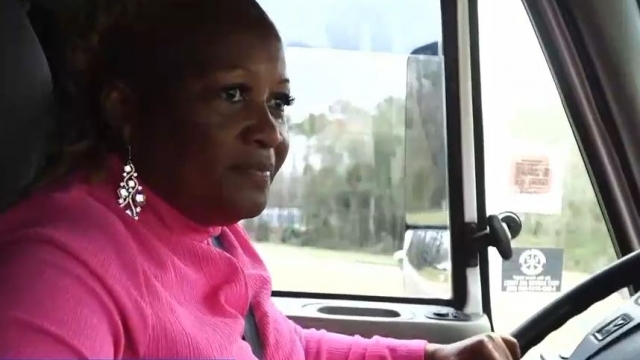 For almost 30 years, Diane McNair-Smith has been on the road working as a truck driver.

It's an unexpected career path that she says turned out to be the best decision of her life.

"I had to do what I had to do, you know, to raise my three daughters. I had a decision to make. And I think I made —I know I made — the right decision by coming to the trucking industry," said McNair-Smith.

It's a decision she's working to encourage others to make as the industry struggles to meet a growing need for more drivers.

When the pandemic hit, McNair-Smith says she decided to open the 3 Girls Trucking Academy in Magee, Mississippi. The goal? Help folks get their commercial driver's licenses, regardless of their past.

"Many of them people that you know, have been incarcerated. But at this school it doesn't matter about your past, because everybody has a past," said McNair-Smith.

For many of her students this has meant a chance not only at a new career, but a new beginning.

"I want to help the economy out by driving trucks by putting food in the stores and supermarkets. She just gave me a second chance when other schools turned me down. She opened the doors for me," said student Jason Jones.

McNair-Smith's students spend 160 hours between her classroom lectures and lessons behind the wheel.

"It's kind of difficult. But once you get used to it, you'll have it," Jones said. 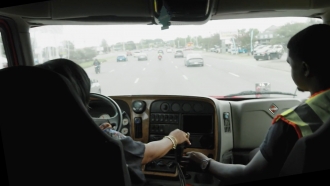 Since opening her class in September of 2020, McNair-Smith says she has had more than 240 students graduate and go on to obtain their commercial driver's licenses.

"I'd say probably 96% of my students have job placement," said McNair-Smith.

While 60% of her classes tend to be men, dozens of women have graduated from her school. She's pushing hard for more women to get involved in the industry long dominated by men.

"Back then it used to be the man's world in driving trucks," said McNair-Smith. "I want women to know that we can do anything that men you know can do. We can do it a little bit better and be safer than men."

And she says the road is starting to reflect that.

"Every now and then I see a woman. But now, I can just ride and I see them all day long. They pass by me, I wave at them, and they wave back and I give them a thumb or they gave me a thumbs up," said McNair-Smith.

And with no end in sight to supply chain disruptions, McNair-Smith says the industry could use all the help it can get.

"People need to know how important truck drivers are. We the ones that make the world go round," said McNair-Smith.

And she isn't kidding. According to the U.S. Census Bureau a majority of the things Americans use daily are delivered by trucks.

As this class of McNair-Smith's students prepares to hit the open road, she says she wants them to remember it's never too late to try something new.

"That's what this school all about. Changing lives one mile at a time," said McNair-Smith.