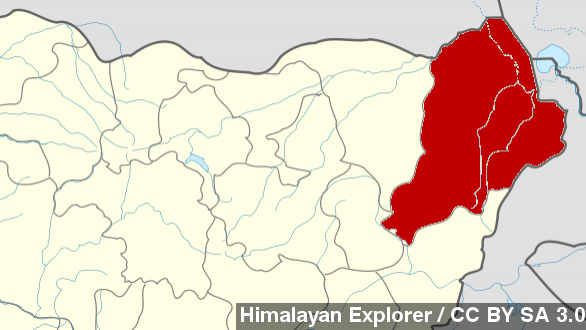 Two suicide bomb blasts at a market in northern Nigeria have killed at least 60 people. The bombs were detonated Tuesday morning, with the second one going off shortly after the first.

This latest attack comes after months of violence in Nigeria, the bulk of it coming from terrorist group Boko Haram, which is particularly active in the country's north, and Tuesday's attack happened in the group's former stronghold. (Video via BBC)

Earlier this month another suicide bomb attack at a school in northern Nigeria killed more than 46 people, leading the state's governor to shut down schools in the area. (Video via Arirang)

Boko Haram has targeted schools and students often in the past, gaining widespread international attention for its kidnapping of more than 200 girls from a school. Most of the girls are still missing. (Video via CBS)

According to an Al Jazeera reporter, two female suicide bombers carried out the attacks on Tuesday, which would be in keeping with a tactic Boko Haram has been using since the summer.

The first known female suicide bomber from the group killed a soldier in June, when she detonated her explosives while being searched at a checkpoint.

Nigeria's government, which critics have called ineffective in its response to Boko Haram, announced a cease-fire with the group earlier last month, but that claim was later denied by the group's leader.