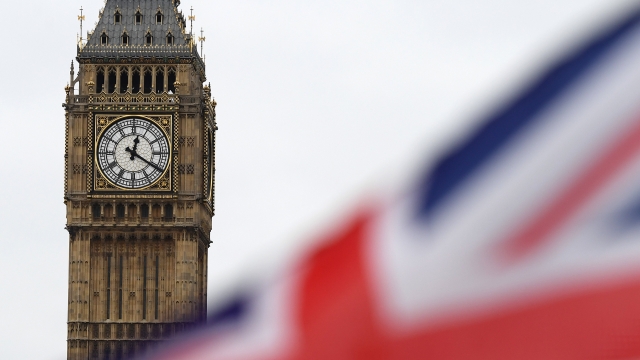 SMS
Female Members Of Parliament Resigning, Claiming Threats And Abuse
By Gage Jackson
By Gage Jackson
November 5, 2019
Over a dozen female members of the British Parliament are not seeking reelection following claims of threats and abuse.
SHOW TRANSCRIPT

More than a dozen women serving in the British Parliament said they are resigning and not running for reelection in part due to threats and abuse they have received. The withdrawal comes after more women were elected to Parliament in 2017 than ever before.

The surprise announcement comes as voters get ready to head to the polls next month. Female members have said this type of abuse is increasingly common, especially over the contentious and ongoing issue of Brexit.

Heidi Allen, a member of the House of Commons, has said, "for the last eighteen months, or so, the Brexit impasse has made business as usual impossible...but more than all of that, I am exhausted by the invasion into my privacy and the nastiness and intimidation that has become commonplace."

Allen is among more than 50 members of Parliament, including 18 women, who will not run in the December 12 general election. Some members blame Prime Minister Boris Johnson for the threats, saying he has emboldened people to harass members.

MP Paula Sherriff said, "We stand here, Mr. Speaker, under the shield of our departed friend, with many of us in this place subject to death threats and abuse every single day. And let me tell the Prime Minister that they often quote his words. Surrender, betrayal, traitor, and I for one am sick of it. We must moderate our language and it has to come from the Prime Minister first. So I'd be interested in hearing his opinion. He should be absolutely ashamed of himself."

The hostile climate has women's rights activists worried it could deter other women from entering national politics. It could also reverse a trend that has produced a record proportion of females in Parliament.