Female Candidates Hoping To Put Gender Issue To Rest In 2020 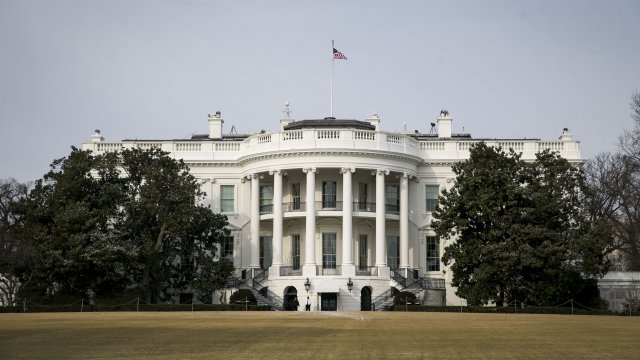 A female-heavy 2020 presidential field is rekindling a question central to the 2016 election: how do Americans feel about a female president?

The wave of female candidates comes shortly after a record number of women, mainly in the Democratic Party, were elected to Congress in November. In fact, female Democrats in the House had the highest win rate in the 2018 midterms, outperforming their male counterparts by nearly 20 points. But even with lots of momentum on the left, a female candidate could struggle to shatter the highest glass ceiling.

A recent poll from YouGov/The Economist shows that only 31 percent of Republicans are "entirely comfortable" with the idea of a woman as president. And a 2018 Pew survey found that two-thirds of Americans think it's easier for men to get elected to higher political office than it is for women.

After losing the 2016 election, Hillary Clinton cited sexism as a reason for her loss to Donald Trump. She wrote in her book What Happened, "Both sexism and misogyny are endemic in America," and added, "The moment a woman steps forward and says, ‘I’m running for office’, it begins. The analysis of her face, her body, her voice, her demeanor; the diminishment of her stature, her ideas, her accomplishments, her integrity."

Not everyone agrees that sexism had a role in Clinton's defeat, but a number of scholars who studied the 2016 race found gender did. In a study analyzing the election, researchers wrote, "Many indicators suggested that the public seemed quite ready to elect a woman president in 2016. But these data do not mean that voters do not see, or are not influenced by, gender in evaluating candidates."