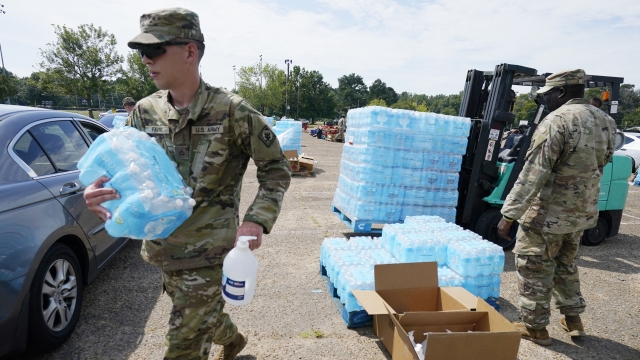 SMS
FEMA: Unclear When Jackson Residents Will Have Clean Water
By Maura Sirianni
By Maura Sirianni
September 4, 2022
Jackson, Mississippi, has been under a boil water notice since July after tests showed water quality was cloudy, triggering health concerns.

Jackson, Mississippi, is nearing a week with little to no water after flooding in the Pearl River wreaked havoc on the capital city’s already troubled water system.

“We’ve offered every single thing available in Mississippi. The governor has to act. There’s money to deal with this problem,” said President Biden.

And patience is running thin in a city of 150,000 people — the majority of which are African American.

The city has been under a boil water notice since July after tests showed water quality was cloudy, triggering health concerns.

”We have water issues that have been neglected for at least four decades,” said Shirley Harrington, a longtime Jackson resident.

The city is now heavily relying on bottled water. 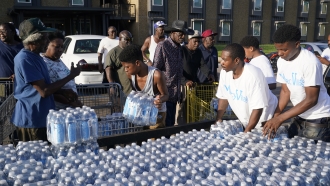 Crews continue to work to fix the city’s water system, a system that has been significantly impacted in recent years.

However, there was a setback Friday after a chemical imbalance was detected in the water, along with reduced water pressure.

“This is a really complex situation, but I am confident that together and with the team that I was able to talk with today, that we are going to be able to solve these complex issues,” said Criswell.

From 2019 to August of this year, everything from infrastructure shortfalls to weather have left residents without water or with undrinkable water.

”To everyone in the city — I know that you’re dealing with a profoundly unfair situation. It’s frustrating, it’s wrong, and it needs to be fixed,” said Mississippi Gov. Tate Reeves.

However, the statewide budget to improve water systems around Mississippi is only $75 million.

“It’s very frustrating to have to fight for some water,” said Victor Martinez, a Jackson resident.

Residents are growing tired of a crisis they say shouldn’t happen in America.