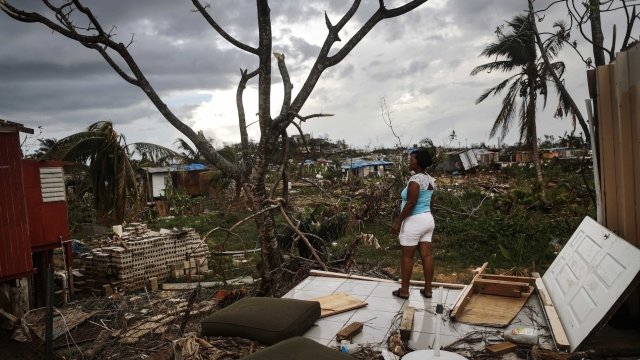 Just weeks before the start of hurricane season, the Federal Emergency Management Agency announced the U.S. Army Corps of Engineers will stop working to rebuild Puerto Rico's electric power grid. That work instead, FEMA says, will be turned over to the Puerto Rico Electric Power Authority.

At Gov. Ricardo Rossello's request, FEMA said it also will leave behind 700 emergency generators including the "lease, generation and maintenance" of three mega generators.

Hurricane Maria hit the island roughly eight months ago. As of Friday, there were reportedly around 20,000 homes in Puerto Rico without power.

The Atlantic hurricane season begins in less than two weeks.