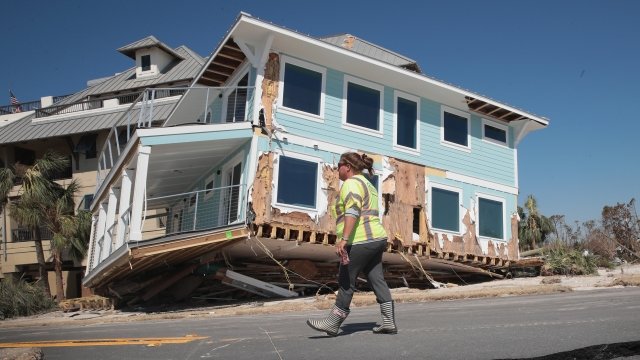 By Tyler Adkisson
October 15, 2018
FEMA knows what a slow hurricane response looks like. Officials say the recovery from Hurricane Michael isn't one of them.
SHOW TRANSCRIPT

In the aftermath of Hurricane Michael, anxious residents in its path have worried that FEMA isn't providing basic relief in a quick and efficient manner. This is a familiar criticism for FEMA, but this time current and former agency officials say those in need of aid need to be patient.

FEMA Administrator Brock Long said the agency had "armies" of employees registering residents for assistance, but that its key focus was getting private businesses and infrastructure back up and running. One former FEMA administrator told The New York Times he thought the agency's response was on track so far, saying, "help's coming, but it's not going to be there 12 hours after the storm passes."

With that said, FEMA's performance during the particularly fierce 2017 hurricane season earned it some fair criticism. Last year, a report from the Government Accountability Office found FEMA was understaffed during Hurricane Harvey and didn't have the people or resources it needed to respond to Hurricane Maria in Puerto Rico. Democrats on the House oversight committee said their board was too partisan after those disasters and didn't do enough to guide FEMA's improvement for the 2018 season. 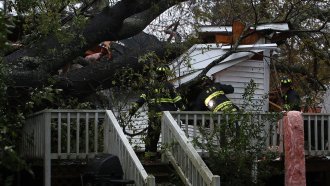 The Complex Costs Of Hurricane Recovery

Since then, FEMA has changed its hurricane preparedness strategy to be more proactive. It used to only deploy workers after a storm, but now thousands of personnel are sent out to disaster-prone areas before a storm like Michael hits so they can respond quickly in case of emergency.