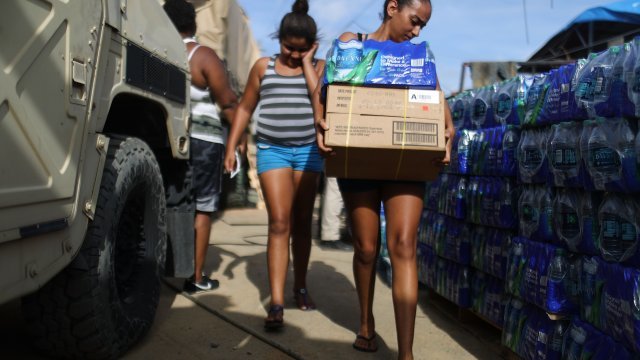 The Federal Emergency Management Agency is coming under fire after a company it contracted failed to deliver 30 million meals to hurricane-ravaged Puerto Rico. It delivered just 50,000 instead.

Democrats are now calling for the House Committee on Oversight and Government Reform to subpoena FEMA for documents detailing its failure.

Tribute Contracting LLC, a one-person company with a history of canceled contracts and no large-scale relief experience, was tasked with delivering the meals.

When 18.5 million meals were due, Tribute had only delivered 50,000 and the heating packs were separate from the food pouches, even though the contract required the meals to be "self-heating."

FEMA awarded the contract Oct. 3 and notified Tribute owner Tiffany Brown of its cancellation Oct. 19. Brown said Tuesday she lacked support to complete the task and plans to sue the government for $70 million.