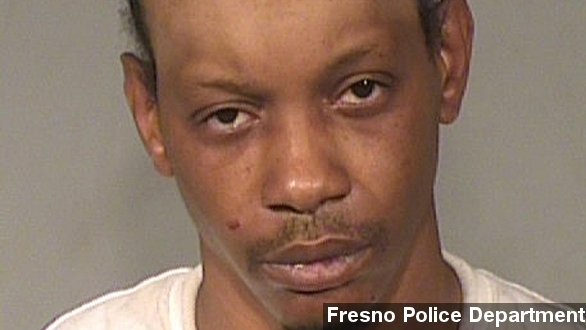 By Briana Koeneman
June 13, 2014
A five-time felon was stabbed to death just hours after a jury accidentally gave the judge in his case a not guilty verdict.
SHOW TRANSCRIPT

​Just hours after he was released from prison because of a California jury's error, an accused burglar was killed in a violent fight.

"Thirty-seven-year-old Bobby Lee Pearson was accidentally released when a jury in Fresno, California, filled out a not guilty form instead of telling a judge they were deadlocked." ​(Via Fox News)

"Police say that Willie Gray, the boyfriend of Pearson's sister, killed him during a dispute when he returned home." (Via KGPE)

KFSN reports Pearson has at least five felony convictions for domestic violence, being a felon in possession of a gun and other crimes.

On his latest burglary charge, the case was dismissed — but it wasn't because the jury thought he was innocent.

According to The Fresno Bee, the jury meant to tell the judge they were deadlocked because all 12 jurors couldn't reach a unanimous verdict. But they said they were confused by the verdict forms and accidentally signed a not guilty form.

After the court realized the mistake, the paper quotes the judge as saying, "I can't believe it. ... I can't change it because double jeopardy has already attached. This has never happened to me in more than 100 jury trials that I have done." (Via The Fresno Bee)

If the jury had announced it was deadlocked, the judge could have declared a mistrial and retried Pearson. Instead, he was released from jail Wednesday night. (Via Fresno Police Department)

KSEE reports just a couple hours after his release, Pearson went home to get some clothes and other items. It was then that he apparently got into a fight with Willie Gray — who police say stabbed him to death.

Officials say Pearson and Gray had a long history of problems. But some say Gray could avoid a murder conviction because of the odd circumstances surrounding Pearson's release.

"If Bobby Pearson would not have been released, would this murder have occurred? And the obvious answer is no, he would have been in jail." (Via KFSN)

But for now, police say Gray is being treated for injuries sustained in the fight and will face murder charges once he's booked into the county jail. Police are still investigating the incident.