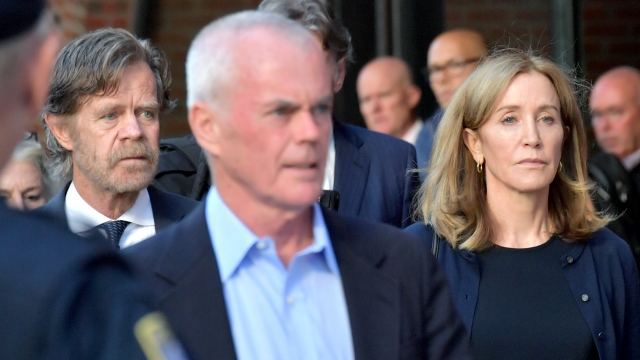 Actress Felicity Huffman has reported to federal prison to begin a two-week sentence for her role in the college admissions scandal.

A representative for Huffman said in a statement that she reported to the Federal Correctional Institution in Dublin, California, on Tuesday. The "low security" prison currently houses a little more than 1,000 female inmates.

Huffman pleaded guilty earlier this year to conspiracy to commit mail fraud and honest services mail fraud. She had paid $15,000 to help her oldest daughter cheat on the SAT exam with the help of William "Rick" Singer, a college admissions consultant whom prosecutors say masterminded the scheme. She was the first of more than 30 parents charged to be sentenced in what the DOJ called the largest college admissions scam ever prosecuted. The plot was based on getting students accepted to elite universities with fake athletic credentials or by cheating on entrance exams.

Other parents, including actress Lori Loughlin, who've pleaded not guilty in the scandal are set to face trial sometime next year. Prosecutors said if Loughlin is convicted, they "would probably ask for a higher sentence" than the one they recommended for Huffman.